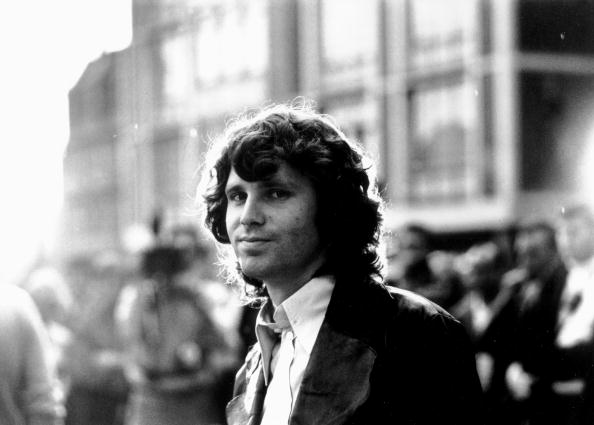 Like some of us, wealthy and famous people are often unprepared for the future. In reality, some of today's most wealthy individuals enter heaven with no will or estate plan. In contrast, others have had to deal with costly mistakes in their estates, tied up all assets, including heirs' fortune-in court proceedings for years.

Let's examine a few cases where celebrities died without proper planning and learn from their mistakes.

Jim Morrison of the Doors.

Morrison left the Doors to write poetry in Paris before his death. At that time, the popularity of the Doors started to wane; however, even though Morison was known for his wild lifestyle, he still managed to draft a will two years before his death. He named his long-term companion and common-law wife,  Pamela Courson, as the beneficiary of his estate. Morrison left all his assets to Courson but stated in his two-page will that if she did not survive him by three months, his estate would be left to his brother and sister.

After Morrisons' death, his estate was worth about $400,000.00 (about $3M in today's dollars). Even though his assets were modest at the time of his death, Morrison owned a 25% interest in the group, the Doors, intellectual property, and the songs he had written (ultimately, those assets were worth over $85 million since his death). Category: Songs written by Jim Morrison - Wikipedia.

After his death, Morrisons's estate was involved in litigation; several women came forward with alleged paternity claims. The surviving Doors members tried to reduce his estate's interest in the group and claimed Morrison owed them money. Pamela Courson only received a stipend during this proceeding while his probate case dragged on. Morrison's brother and sister — the alternate beneficiaries received nothing because of the three-month clause and the survival of Pamela.

In early 1974 the probate court recognized Pamela Courson as Morisson's sole heir.  However, three years after Morison's death, Pamela Courson died on April 25, 1974, from a drug overdose alone and without a will. Her estate, including Morrison's inheritance, was left to her parents by intestacy.

Morrison's parents (Morrison was estranged from his parents and at one point stated they were dead to him) sued Pamela Courson's parents, arguing that their son was incompetent when he made the will and that the common-law marriage between Jim and Pamela was illegitimate. By the time of the lawsuit, the Doors and the Morrison estate had made millions. Despite a probate court finding in favor of Pamela's parents, they decided to settle and divide the estate equally. https://people.com/archive/a-decade-later-the-heirs-of-jim-jimi-and-janis-reap-the-troubled-legacies-of-rock-vol-14-no-25

The Coursons succeeded in the rights to Morrison's image, music, and royalties. They managed them for many years before passing control on to their children when they divided up this 50/50 between themselves after a legal settlement that ended the fight between both families.

Is this the outcome Jim Morrison likely wanted or planned for? Probably not.

•The band achieved more success and fame after Morrison's death, as did his name and likeness.

• His estate was worth millions when he passed away, something he likely did not comprehend.

• If Morrison had gone the extra step and left his funds in a trust for Courson instead of simply willing it to her, his assets would have passed onto his siblings as he wanted.

• Since he didn't include a testamentary trust which he could have provided for Pamela for life, then his siblings, his brother, and sister didn't get to benefit from his estate.

• The people Morisson didn't like,  his parents and his girlfriend's parents, inherited his estate

Federal Estate Tax. The federal estate tax carried a 77 percent maximum rate at Morrison's death. The exclusion back then was just $60,000. This means that the estate portion that exceeded this amount could have been subject to taxation. Estate tax efficiency strategies could have and should have, been implemented.

Whitney Houston died without an updated estate plan, leaving her daughter with more than she probably intended.

Lesson learned: Naming your child in your estate plan is not enough. You must periodically review the documents and assess whether your original plan to leave your money and property is still in your child's best interest.

The court battle over musician Prince's estate was a probate disaster.

Lesson learned -- We have all had experience with legal documentation that is not up-to-date or accurate. It can cause your loved ones to fight for their inheritance, proper planning, and discussions with the family of your wishes.,

These celebrity probate disasters are a stark reminder that no one's wealth is exempt from legal trouble without proper estate planning. As always, we are here to help you protect your loved ones and legacy. Give a call or book a call with us. https://buschlegal.com/book-a-call/

Recent Posts
The Evolving Process of An Estate Plan Read More
What Is the Purpose of a Guardian? Read More
Ask Mom if She has a Will Read More
Subscribe To Our eNewsletter
Stay informed and updated by subscribing to our eNewsletter!
subscribe